Although birthing four children of her own, she also raised over 64 children in foster care without receiving any type of financial assistance. Mother Turner pushed and strongly encouraged children to go to college and make a better future for themselves. ​
Fully devoted to the people, after winning the Mary Kay Cadillac, she refused the vehicle and donated the money to help better her community.  Mother Turner was awarded with numerous awards and commendations, to include her favorite, the Wayne D Stanley Gold Watch Award sponsored by the United Health Care and National City Bank. She received this award for her service as a volunteer with Mercy Manor; a community based halfway house for women of Dayton, OH, and was featured on WHIO-TV.  Additionally, she volunteered with the “Yes, We Care” foster care recruitment committee bringing in new members and recruiting foster parents. 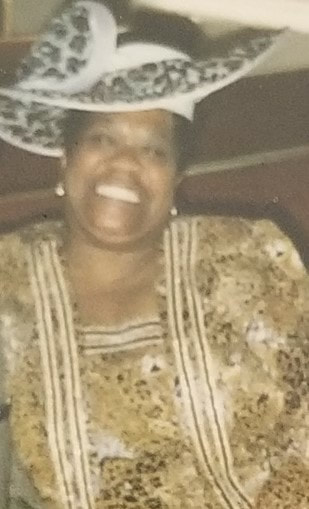 As a missionary, Mother Turner loved being a child of God. She was very diligent and a very hard worker for the Lord which overflowed as a mentor to her children as well as other children in the community.  As a virtuous woman, she was an outstanding example for young women. She took on the responsibility of making sure that the young ladies had a true example of how a woman lives for the Lord. Mother Turner not only went into the community to serve, she also invited members of the community into her home. Her ministry stretched from reaching alcoholics and drug-addicts, to members of the church. She had a servants heart (Matt 22:39), especially for the homeless. She was the heart of the community. Mother Turner did not just limit her services to the Dayton, OH community, she also expanded her love ministry all over the globe to include Germany, Texas, Washington state, Pennsylvania, and Washington, DC just to name a few. Mother Turner wasn’t always only about work, she also had a wonderful sense of humor.
​
The community dubbed Mother Turner as Mayor Turner because she always made time for the people. She was such a backbone for the Dayton community that Mayor CJ McLin would talk with her intimately about the needs of Dayton and how he can be of better service. To show their respect and appreciation for Mother Turner, the people of Dayton gave her the "Key to the City" for being a servant leader.
Mother Turner went to the streets and the streets came to her! She challenged her children as well as those she encountered to have a heart to serve the people with one question, “How can we be happy when other people are sad?” Mother Turner not only said it , but she also lived it…”Love is what love does!”
​